Watch Out! Rubber bullets cause eye injuries – Here are 6 ways to protect your eyes while you are at a protest 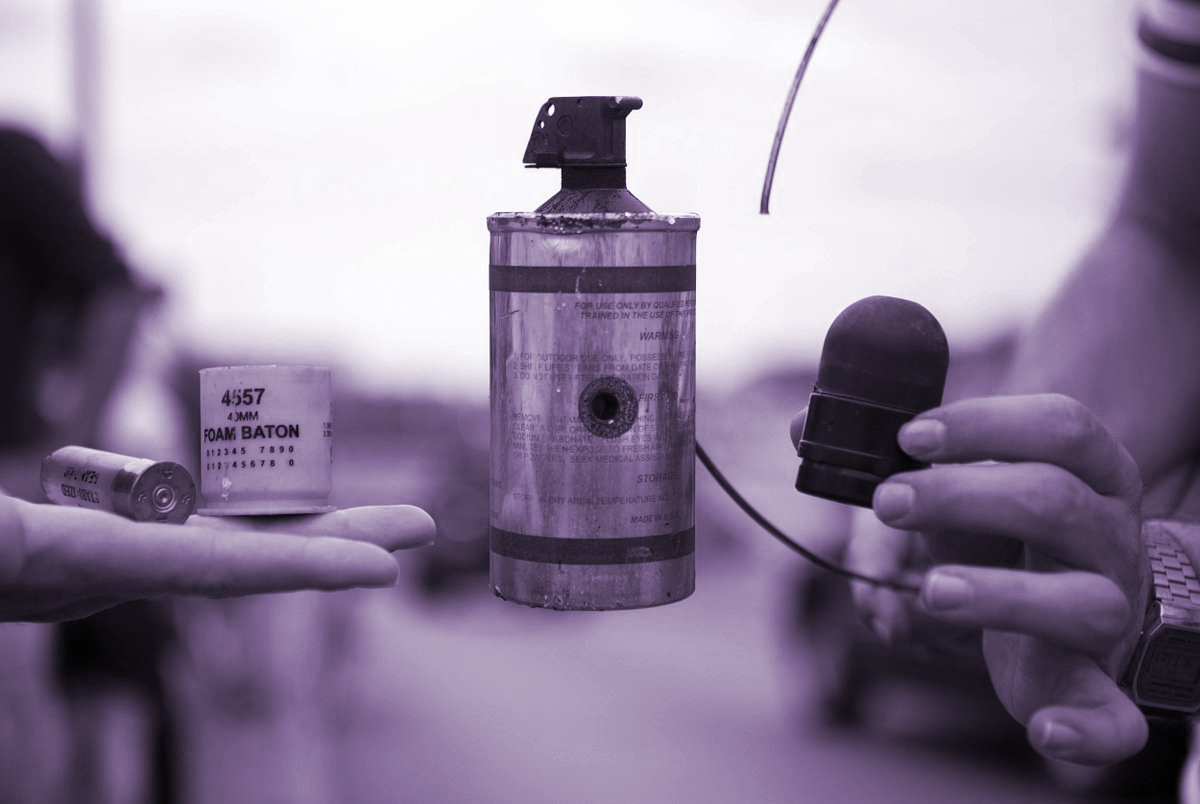 A new danger is in the air that can leave anyone blind — rubber bullets, paint balls, tear gas, all mechanisms used by the police for crowd control. Life-altering eye injuries are a common result of urban warfare and rioting. We have seen it around the world and we now see it in the United States. In just 24 hours, I’ve read about 3 people who have lost an eye because of rubber bullets. Americans have the right to speak and congregate publicly and should be able to exercise that right without the fear of blindness. People should not have to choose between using their voice and losing their vision.

Rubber bullets can blind or maim people for life

A study published The BMJ medical journal in 2017 found that 3% of people hit by rubber bullets died of the injury. Fifteen percent of the 1,984 people studied were permanently injured by the rubber bullets. According to a USA Today article, police are not required to document the use of rubber bullets or kinetic impact projectiles. There is no national data to show how often they’re used and no nationally agreed-upon standards for their use. It is not known how often police use rubber bullets or how many people are harmed every year, according to researchers at California-Berkeley School of Public Health and medical experts with Physicians for Human Rights. Many victims just don’t go to the hospital.

In this past week along, several people have lost an eye due to the use of rubber bullets at various protests across the country, including a reporter. And in less than 24 hours these individuals are now waking up to the trauma and life-altering reality of being partially blind or visually impaired. To put this into context – in the US, close to 20 millions Americans are visually impaired due to the progressive sight degenerative conditions like Macular Degeneration, diabetic retinopathy, etc. In most cases, patients living with degenerative vision loss have years to adjust and adapt to their vision impairment.

The lethal history of rubber bullets

Rubber bullets were first introduced by the British army in 1970 to control protests in Northern Ireland. Soldiers killed three protesters with rubber bullets, one of them an eleven-year-old boy and blinded another child before the UK switched to supposedly safer plastic bullets in 1975. These kinetic impact projectiles are designed to be shot at the lower half of the body or the ground.

Many countries, including the US are still using rubber bullets, mostly for crowd control at riots and protests. Hong Kong police have been seen shooting protesters directly in the head with rubber bullets. In Chile, a bandaged eye is now a rallying symbol amongst protesters. In November, a twenty-one-year-old college student, Gustavo Gatica, was shot by rubber bullets in both eyes, leaving him completely blind. The problem is especially rampant in Chile where 285 Chileans had suffered from severe eye damage from the police’s use of rubber bullets.

Various guidelines on the use of rubber bullets have been published since 2018 by the Geneva Human Rights Platform, and by the United Nations in 2020. Yet, police departments across the Unites States have not released their guidelines. It is now time that they do so.

How to protect your eyes (and yourself) against rubber bullets

Like any activity, you should learn and be aware about how to protect yourself if you are attending a rally, march or protest. Various articles are providing good advice on how to appropriately respond to authorities and protecting your legal rights should you encounter police activity or arrested. I’ve collected a few important tips on how to protect your person, especially your eyes in the event you find yourself in situation where rubber bullets and other less than lethal devices are being used against the crowd.

The American Academy of Ophthalmology calls on domestic law enforcement officials to immediately end the use of rubber bullets and similar projectiles to control or disperse crowds of protesters. If your eye is injured, you should protect the eye immediately. Seek immediate medical assistance!

The American Academy of Ophthalmology suggests that you take the following steps if you are exposed to tear gas or pepper spray. Remember you should seek medical attention and have your eyes checked by your ophthalmologist.

If exposed to tear gas, you should:

If exposed to pepper spray, you should:

Know the risks of ‘less than lethal’ weapons employed by police

Many “less than lethal” police weapons can cause serious harm, according to Physicians for Human Rights.

‘We the People’ continue to listen, speak and raise up our voices for social justice, against racism and any forms of systematic oppression – regardless of where you live in the world, it is our human right. And in the US, Americans have the right to speak and congregate publicly and should be able to exercise that right without the fear of blindness. People should not have to choose between using their voice and losing their vision.